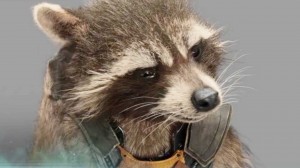 So last week I went to see the movie “Defenders of the Galaxy”…twice. I actually liked it enough to go see it twice. I thought the movie was funny and well paced. I don’t want to get into details so as not to ruin the movie for those who haven’t seen it yet, but there are some things I can say about it. While there was some innuendo, there were no gratuitous sex scenes…in fact there were no sex scenes at all. The violence was more in the cartoon vein and there was not a lot of gore or splattering, which is OK with me. And Rocket is a bad-ass character. In fact there was only one problem I had with the entire movie…

There is actually very little cursing in the movie except for one particular phrase: “God Dammit!” Now I am not so prudish or easily offended that I wouldn’t even type that phrase for this post (and instead put a colloquial “G*@ Dammit”). ButI find it particualrly interesting that a phrase that would offend (and greatly so) a large portion of the Christian population is considered as acceptable. I thought we were being politically correct and not offending ANYONE…except for the Christians it seems. This might not have stood out to me except that there seemed to be a conscious effort to curb the cussing and cursing in the movie. There were several times in the movie where an F-bomb was led up to and then abandoned with an implication instead of the actual word…”What the…?!” with perhaps even a hint of the f sound but never actually saying it. I’ll have to see it again but I don’t think there was an utterance of the S-bomb either. I don’t really recall any cursing except for G-D.

I know we live in a politically correct world where it seems to be especially sensitive to offend someone’s race, sexual orientation, heritage, or religion…but it seems to apply in only certain cases. I know that the utterance of G-D could apply to anyone’s God (or god) but I think there is an implied direction towards the Christian God.

I’m not going to get into the other ways that it seems to be such that offending and/or politically critisizing Christians is acceptable (see Hobby Lobby). I’m not even going to reprimand or admonish the movie or anyone for saying G-D. I’m just noticing things that maybe don’t seem equitable…or perhaps it’s just hypocritical. I’m just sayin’.

And then there’s this:

I mean if we offend everyone then have we offended anyone?!