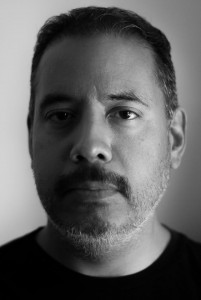 First of all I may have thrown you off if you were expecting an “extra” post between last week and now. One of my goals here on this blog was to have at least 52 posts for the year (one for each week). I thought that I was going to be short one post due to missing a weekly post somewhere along the line, and so I announced in my last post that there would be an extra post to make it up. I was wrong…apparently I had already made it up in the past…after my last post I was at 51…which leads me to this post…#52.

This last month had been a little more difficult than I had wanted what with the concussion and it’s affects on me. I haven’t felt quite right since the incident and there are some tasks and jobs that have fallen short due to that. But I am getting better slowly but surely and I will get done what must be done and this too shall pass.

I just read Sam’s latest post (SamWatson.us) and the one thing I really agree with him on is that no matter where you are in life, if you step back and take account of the loved ones in your life, especially your family, you will see that life is good and God is good!

Along the same lines I’ve been thinking of my Mom and Pop a little more than usual lately. Much like Sam’s grandfather, my Pop was pretty good at telling a story more than once. As my sister used to say, “it’s another re-run!” What’s kinda funny is that the re-runs continue on as I find myself recounting his stories to my daughters and cousins.

And I think of my Mom during her last days. Near the end I was her primary care-giver and it wasn’t always easy. A month or so before she passed it came to a road trip I had planned months before down to Austin with some buddies to see Rush in concert. I felt guilty about going and considered not taking the trip. Mom told me that I should go and that I needed the break. She told me “You go…I promise I’ll be right here when you get back” I can’t explain the feeling other than relief and happiness when she said that. I also knew that she was telling me more than one thing: that she would hold off dying until I got back, and that no matter what, even after she passed, that she would be here in my life.

Oh and one more thing – don’t bother trying to reach me on Sunday – I’ll be at the Cowboys game!