So in the last few weeks I have had to spend quite a bit of money. I had to get root barriers put in between the house and some very large trees I have to try and get the house to settle. Then one of my hot water heaters sprung a leak and so I had to replace that. Due to updated city codes the original quote for replacing the water heater was then doubled to make sure it would pass inspection. Finally the lease on the car I was driving expired and I decided not to renew it. So I had to buy a “new” car. And this is where I may have gone “Sam Watson” on the decision… 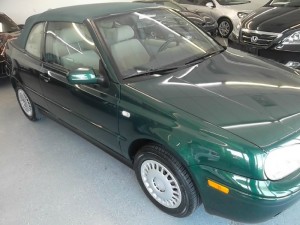 I considered buying several new cars – a BMW, a Mistu Eclipse Spyder, a Cadillac,…but nothing really struck me. And then it hit me – why not just pay cash for an older car and not have a car payment for a year or two. And THEN it struck me…I’m doing what Sam would do (or at least what Sam MIGHT do). Now in the end I didn’t buy a car as old and…”lived in” as Sam’s. But I bought a car that basically will just get me from point A to point B. I won’t have a car payment for a while…hopefully I’ll save that money, you know, for an XBox or something cool.