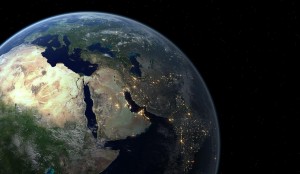 In the last few weeks I’ve seen how mad the world seems to have gotten lately. It’s not so much depressing as disappointing. Maybe I’m just getting old, but it just seems like people would rather be negative and angry. I remember when I was growing up one of the sayings was that it takes more muscles to frown than it does to smile…I don’t know if that’s true but if it is I feel like there’s a lot, A LOT, of facial muscles getting a workout in the world today.

I guess one of the things that I noticed was the “outrage” and general consternation that came about from the Apple/U2 gift after the last Apple announcement. Now for the band/company to give away the latest album (which I’ve listened to several times and I think it’s a good) seems generous enough. Because it was automatically put into peoples accounts in iTunes however put people into a mild frenzy. There were demands for a way to remove the offending (free) music from people’s libraries. I guess it just seemed a little too much to me for people to act as they did just for getting something for free…essentially yelling at someone for getting them a gift.

But that affair was overshadowed by my own personal encounter with anger. At my game on Sunday there was a little bit of feistiness that got more than a little out of hand. As often happens in these games we blow off a little steam and in the course of that will sometimes get to talking a little too strongly with the opposing team. Cooler heads usually prevail. There was a player on the other team that I suppose had had a bad week (or month). He was particularly upset by what he felt was rough play on our part and began to voice his frustration…”you know WE have jobs we have to go to tomorrow!” When the ref did not provide him with satisfaction he then voiced his reaction thusly :”Ok boys…I guess we need to start hurting people!” He then began to look for anyone on my team to start an argument with. At one point he started to argue with one of my teammates, to which I stepped in so as to help my teammate avoid getting carded. This was NOT to my angry opponents liking…and where the real anger came out. It was at this point that he voiced his displeasure with my with the following:

“Get your smelly breath and ugly face away from me!” – While both of these may have been true I still felt like it was pretty rude of him to point it out so loudly in front of everyone. When I did not retreat he followed with:

“I said get your sweaty ugly face away from me!” – Once again the ugly part may have been true but the sweaty part was just kinda hypocritical…I mean we were ALL sweating out there. And finally:

“Get away from me before I rip your jugular out!” – I don’t think I’ve ever been threatened on the field with such specific violence.

It’s just a game…life’s too short…I hope he’s feeling better and had a good week, I really do.