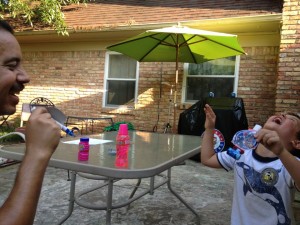 If you are not aware, I am a grandpa (or specifically a ‘P-Paw’). I don’t FEEL like a grandpa…but I AM. All of my daughters are now in their 20’s and soon they will all be of legal drinking age. I am old.

Speaking of drinking age, the year they changed the drinking age from 18 to 21 was the year I turned 18! To make it even more annoying the switch was made on September 1st of that year…my birthday is on August 30th. You do the math.

When I was born gas was about 25 cents a gallon…and they complained about it then too.

From the time I can first remember until I graduated high school the Cowboys missed the playoffs twice. From ’67 until ’82 there were 16 championship games (NFL/NFC)…the Cowboys were in 12 of those games. It’s been a two decades since they made a championship game appearance.

I survived heart-break and a heart attack…mostly.

It’s been very good so far…I hope it goes on for a while longer.