The music of Rush has been a favorite of mine since I was about 11 years old. “Fly By Night” was the first album I can remember listening to by Rush. I’ve bought 6 copies of the “2112” LP through the years because I played it so much I literally wore it out. In the 80’s I went to every Dallas show for each tour from “Moving Pictures” through “Power Windows”.

The first thing that caught my imagination with Rush was the music itself. The musicianship that each member of the band represented was amazing to me. It was the ’82 album “Signals” that revealed this aspect of the band to me. The song “New World Man” was over played on my local rock station Q102 in Dallas. The songs flourishes and the way the song builds for each instrument is just awesomeness to me. The bridge on “Digital Man” is something I can listen to over and over again.

Ultimately it is the lyrics that seal the deal for me. The phrasing and the beat of the lyrics is intriguing to me. The “positivity” and depth of the songs always puts me in a good mood. The playfulness of the band both on vinyl and in concert is always a feel good experience for me. Here’s my take on some of my favorites: 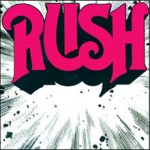 The quintessential beginning for most Rush fans, this song is actually the last track on their first album. It is definitely the way to start and/or end your working day. No matter what your job is, white collar or blue, this song both musically and emotionally seems to capture the way we all seemed to feel about our jobs. Even before I was really a working man this song was my way of somehow sticking it to the man and at the same time making the most of whatever the job was at the time. 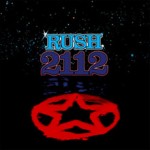 We’ve taken care of everything
The words you read, the songs you sing
The pictures that give pleasure to your eyes
It’s one for all and all for one
We work together, common sons
Never need to wonder how or why

The fictional story of living under the “Red Star of the Solar Federation”, this was Sci-Fi-Rock at it’s best. The lyrics don’t even rhyme most of the time – they just tell the story with the backing of a soundtrack by Rush! The “2112” suite came in 7 parts that alternated from sweet storytelling to audacious concert anthem. I would like to one day hear the suite played in it’s entirety in concert. Nevertheless it’s always a crowd favorite to hear the condensed version of parts I, II, and VII played with the entire crowd’s fists raised and chanting on the downbeats. 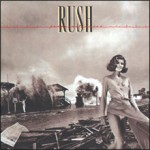 I was in 8th grade and just into my journey with Rush when Permanent Waves came out so this was really the first time I heard the music fresh from the band. This was the first track on the album and it was just AOR radio perfect. This wasn’t a song that would be on the top of the pops chart but it would be played like one. Through the 80’s on each tour this would inevitably be the first or last song at each show. And there was a hot chick on the album cover too! There’s just no way for me to hear this song and not feel all happy-good-fun. 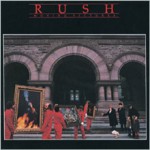 My favorite song on this album is actually what many would consider one of the greatest Rush songs of all – “Tom Sawyer” – with perhaps the greatest lyric of all – “Always hopeful, yet discontent. He knows changes aren’t permanent. But change is”. But I picked this song to write about because it’s a song that seems to resonate with people on a more personal level. I had a good friend once analyze the lyric above and while I can’t remember her breakdown I just thought that it was great that she had such a positive reaction to the song. I particularly like the lyric “Get on with the fascination”…to me it says stop worrying so much about things you can’t control and enjoy the wonderment of life even if you don’t understand the why or the what. 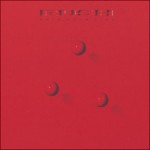 Simply put – dreaming at the expense of action is an empty and hopeless endeavor. There’s nothing wrong with having a dream that’s a goal or at least an attempt at bettering yourself and the world around you. You must be willing to either strive to make the dream reality or just give up the dream for a different one. 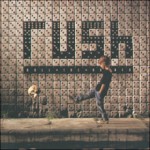 Things aren’t always going to work out, and often times it won’t be fair. But if you have love – your family, your friends, your Faith – then things will be OK. If you try to measure your life by the worldly returns you get from what you put in then you might find yourself on the short end of the ledger. An “I love you” or “I care” from someone you love is worth infinitely more than anything of this world, for THAT will stay with you until you die…and if you are so inclined to believe even after that. 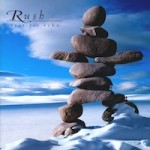 This is a very introspective song that quite frankly speaks to my spirituality. And if you happen to be particularly spiritual I think it’s hard to deny the lyric above. In the end you must give up yourself – for your children, your spouse, your family, and even those around you, and ultimately for us believers – for and to God. 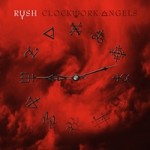 I used this as a status on Facebook a week ago. It got more then a few “likes”. What was interesting about those “likes” was that only one person recognized this as a lyric, much less that it was from a Rush song. While I’m not going to jump to how this is proof positive that Rush transcends some sort of barriers, I do think that it shows a certain positive vibe that can emanate from their lyrics if not the actual songs. I think we can all feel like the underdog at times, and like the underdog we must continue to forge ahead – sometimes with disregard for the odds against us, both real and imagined.

I also love that the band doesn’t take themselves too seriously: