As one of my favorite lyric goes:

Change is upon a friend of mine and so I will use this post to say farewell, but not goodbye.

At first I was not sure what to make of Sam. He appeared to be a bit of a loner. At the time I was working closely with Jody and so I did not have much time to get to know anybody too much, and Sam did not appear interested in getting to know me so there was no problem. 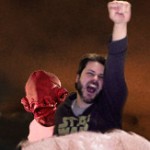 I’m not sure when it began, but at some point we began to have highly philosophical conversations though. It’s almost as if it started out of nowhere. I think it may have picked up when I moved into the cube directly beside him. It became a daily ritual. One of us would lean back in our chair and just ask the other something like “do you think God cares if we are eating dessert before dinner?” 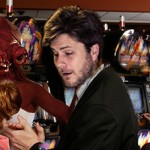 The conversations from then on became either more inane or more complex…either way they perhaps more importantly became very easy. The flow of words and thoughts and wisecracks was as smooth as a good glass of scotch. I would like to think that we got as good as we gave. As I recall there were more laughs than tears, but never any hand holding. 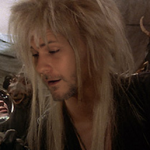 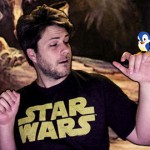 And so I’ll take this bittersweet change as it comes…and there it is…and there it goes. I know that this world has bigger and better things for Sam…larger even than this change he embarks on now. I only hope that he can see it through to the end…and I’ll send my prayers and hopes that he does.

Preview of a post sometime in the near future – “Sometimes it makes me sad, though… Sam being gone. I have to remind myself that some birds aren’t meant to be caged. Their feathers are just too bright. And when they fly away, the part of you that knows it was a sin to lock them up DOES rejoice. But still, the place you live in is that much more drab and empty that they’re gone. I guess I just miss my friend.”